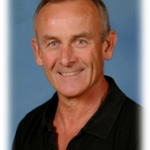 ABC-Learning was set up by Alex Black to try to advance student and teacher thinking.

About me I have been teaching for 36 years, of which the last 30 years was  in an International School  in Zürich.  Teaching students and coaching Teachers  from early primary age until grade 12. I have many years of teaching IB Diploma Biology, Theory of Knowledge and Middle years Science.

I was also involved in a bilingual pilot project which involved teacher training of Gymnasium teachers in immersion teaching methodologies.  During these three years I taught Physics in English and German in a Swiss gymnasium bilingual programme.

I am a newly appointed member of the Let’s Think Forum council. This is a continuation of my career long involvement in cognitive acceleration methodologies and action research in classrooms.

About Cognitive acceleration During these years I have developed expertise in the teaching of Higher Order Thinking skills in particular using the methods of Cognitive Acceleration developed by King’s College London. I am currently involved in research on cognitive development with Emeritus Professor Michael Shayer. As researchers at King’s College London, Michael Shayer, Philip Adey and Mundher Adhami developed the acclaimed Cognitive Acceleration through Science Education (C.A.S.E) and Cognitive Acceleration through Mathematics Education(C.A.M.E). These programmes have consistently demonstrated large improvements in student thinking and subsequent performance in national examinations. Cognitive acceleration methods have been rigorously tested with different age groups in the U.K, China, Pakistan, Finland, Israel, Denmark, Tonga and Australia. The cognitive gains have been consistently shown, not just in Science, but also in Mathematics and First language examinations. I am actively involved in the training of teachers in these techniques.

About action I am also passionate about how technology can help education in developing countries. That is why half of all the money from sales of Biology resources is used to support students from the Shree Mangal Dvip school in Nepal.